Showing posts from October, 2017
Show All

Being Formed over 30 Years 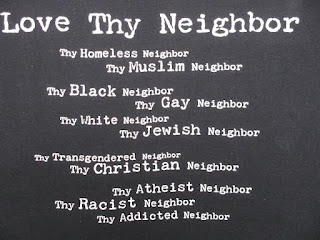 This Sunday we commemorate that 500 years ago Martin Luther nailed his 95 Theses to the door of Castle Church in Wittenberg, Germany, and began the Reformation. There is much to celebrate about the legacy of that movement, and much to mourn. We live in a time of similar if less violent reformation. It is not a comfortable place to be. 30 years ago I was ordained a priest in a church that has struggled with our own reformation experience. What does leadership look like in this new time? What does it mean to be Anglican? What might re-formation look like for us? Jesus tells us clearly in today’s reading – Love God by loving your neighbour. It is as simple and as hard as that.
Post a Comment
Read more

October 19, 2017
The gospel reading this week is again well known and it seems pretty straight forward. Some of the Jerusalem leadership – Pharisees and Herodian’s, are trying to trick Jesus with a question about Roman taxes in the hope that he will say something that will either lose him the support of the masses, or be treasonous. Instead Jesus seems to play the Anglican card and takes the middle way – pay to Caesar what is Caesars, and to God what is God’s. Except for Romans’ Caesar was god (the coins carried an image of Caesar’s head with the title “son of god” making them idolatrous to Jews) and all things belonged to that god Caesar. For Jews the opposite was true – all things belong to God, nothing to Caesar. What was Jesus saying – well not the separation of church and state that we keep hearing. But what he was saying depended on where you stood. So what is he saying to us? Everything belongs to God.   All people and all things. And we are to treat them as such. The rule of the Francisc
Post a Comment
Read more