Showing posts from July, 2018
Show All

Reflections on my first big gig as Minister General - TSSF 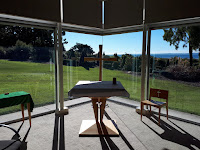 I have just been away for 16 days on TSSF business in my role as Minister General – 6 days in Brisbane attending the Conference of the Asia Pacific Province and then their chapter meeting; and then  8 days in England attending the chapter meeting of the European Province at Ely, then a meeting of Franciscan Aid , and finally a meeting of the Central Fund, which I now chair as Minister General, and which funds our inter-provincial life as an order. So here are some reflections, begun as I sat slightly sleep derived, waiting for my flight home to Tauranga, and finished some three weeks later. Personally this was a really helpful journey. It has really helped me get my head around what it might mean to be Minister General. To be honest I have struggled a bit with this. I was struggling to get my head around how to do this, and even what to do. I was struggling with what my role was and who am I in this role. I was not really seeing myself as Minister General. Sure, I was slowly wo
Post a comment
Read more

Today in our church’s calendar it is Social Services Sunday. Today we are reminded that social service is one of the five strands of mission. Responding to human need by loving service [1] is an integral part of our understanding of mission and is central to who we are as people of God living God’s mission in the world. This is how, as we see in the counter-stories of the feeding of the 5000+we live the good news of God’s deep compassion and ridiculous generosity. Anglicancare Waiapu is one way we live out this part of our mission. But the mission belongs to us all. Today we welcome Chancy Rattanong who will be speaking to us about Christians Against Poverty (CAP). At CAP, we’re passionate about working with local churches to release Kiwis from a life sentence of debt, poverty and its causes – into a life filled with hope and freedom. [1] 4 th strand of the 5 Strands of Mission - http://www.anglicancommunion.org/identity/marks-of-mission.aspx
Post a comment
Read more

Losing our Head for God’s Justice