March 16, 2007
Last week I was at an Anglican Ministry Educators meeting in Wellington. Our guest speaker was Steve Taylor speaking about Emerging church stuff. There is a blog interview about this about to appear.

As part of that Steve talked about some Lenten material he has put together around good practices. I really liked this. It reminded of the Irish Penitentials, which were about developing the virtues rather than penance for the sin.

I have tried to approach Lent in that spirit this year Instead of just giving up computer games, I have thought about what virtue I wanted to build by doing that – spending time with my children. Instead of just giving up swearing at bad drivers, I decided to build the virtue of praying for peace for those who annoy me (bad drivers) – I keep forgetting this one. It has made all those silly giving things up for Lent so much more meaningful
Lenten reflections

Paul Fromont said…
The blog interview is up and can be found here:

Anonymous said…
appreciate the feedback John and I have added it to my blog. trust that's OK. I found it so helpful and it clicked a number of things into place for me - about theology of grace and creation cf theology of judgement.

more detail on the Lenten stuff is here; http://www.emergentkiwi.org.nz/archives/7_practices_7_images_7_texts_lenten_7pack.php
3:22 pm

Incarnation in a Covid Christmas 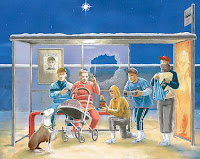 Merry Christmas! Happy New Year! I wonder what looks like this year. Too many of us are tired. Delta shifted the goal post and the rules changed. This has left many feeling confused and stressed. People are increasingly frustrated, impatient, annoyed, even angry with those they disagree with, and those they blame for what is happening. It can be hard to even find ways to talk. And still covid rages on and the future remains very uncertain. Merry Christmas! I recently read Daniel Ladinsky’s poem “God Would Kneel Down” [1] .  I think God might be a little prejudiced. For once He asked me to join Him on a walk through this world, and we gazed into every heart on this earth, and I noticed He lingered a bit longer before any face that was weeping, and before any eyes that were laughing.   And sometimes when we passed a soul in worship God too would kneel down. I have come to learn: God adores His creation. For the great Franciscan theologian John Dunne Scott
Read more

What Grips Our Attention? 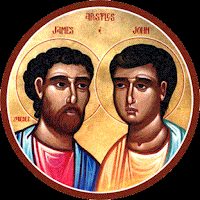