This sermon can be listened to here 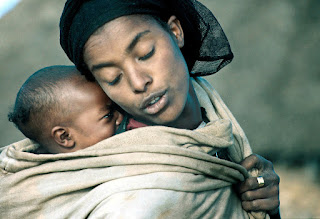 Always struggled with how to view Mary
over centuries – whole range responses to her
Most Christians – Roman Catholic, Orthodox and Anglo Catholic, some Lutherans (vast majority Christians world wide) –very significant figure
Mother of God
which some – just under level of God
-         some in medieval thought – elevate her to Goddess
o   quartenity – putting her par and including her in Trinity
difference between orthodox and catholic – Mary’s death
just outside of Jerusalem find Orthodox of tomb of Mary
-         RC – no tomb
o   Believe she was bodily assumed into heaven
Important prayer in these traditions Angelus
prayed by Catholics, Anglicans and Lutherans up to 3 times a day
-         Hear again words Angel heard today,
-         invited to reflect on what that might mean for us
within Orthodox tradition known as theotokis
-         literally means bringing forth of God, God bearer
-         acts as model for us all – that we become God bearers here and now

Mary has been an enigma, even a problem, since very beginning
see it in way NT treats her
Mark – most memorable appearance –with Jesus’ brothers and sisters and try take him home – think off his rocker
Matthew not much better – although at empty tomb
John – not mentioned by name
o   Is present at number important events
Paul – not mentioned at all
Luke presented positive and important light
She is one of heroes of story
(Matthew is Joseph)
Poor young women plays central role
More than that for Luke
She is model of Christian discipleship
– i.e. one who all people, men and women should emulate

When look for image of Mary
o   Amazed so many wealthy young woman
·        Far from truth
·        Probably 14 or 15 year old peasant girl,  (peasant girl)
·        Lived in cave with family (Mary’s cave)
·        Small poor village Nazareth – not thought highly of
·        No say in her life
o   Done what mother commanded
o   Learning what meant to be wife
o   So that when father arranged marriage, (as he had) she could honour family name being good dutiful wife
o   fulfil her duty well
To this young peasant girl Luke tell us comes Archangel Gabriel
We often talk about Mary's being willing - assumes choice
o          Unsure if she even has a choice,
o          Lived without choice
o          No choice in Gabriel’s words
o          Mary's question is not one of choice, just confusion, how can this be
o          She does as she. is expected
o          More than accept
o          In Luke at least – she understands that something significant is happening here
In Luke she becomes someone significant for those who joined the Way of Christ
-         More than just Jesus’ mother
She was prophet
Who teaches in her own response what it means to be a disciple?
And live way of love.
I wonder how Mary helps us live as disciples
How does she into the other theme for today
-         Love

World that Mary lived in
-          poor people were poor because it was the will of God
some (those deserve it) are rich powerful, many poor
how it should be
theology at work in All Things Bright and Beautiful
Today
lazy
uneducated
needed keep businesses going
essentially the same thing
right order of things to have rich and poor
that is how the world should be
to which Mary counters every single one of those arguments
offers an alternative
o   Magnificat - link coming of Jesus directly into hopes Mary and family and village for an end roman rule and restoration of David's kingdom.                   restoration of peace and wealth for all
o       Coming Christ is not just about future, but in Luke is about reign of God's justice now
o       Mary is to be the sign of that
·          Luke at least, Christmas is coming of Gods hope
·          Cry poor has been heard
·          Gods reign justice and peace has begun
·        as heard last week:
good news is brought to the poor.
release to the captives is proclaimed
the blind recover their sight,
the oppressed go free,
“the year of the Lord's favour is proclaimed!”[1]

What does Mary teach us about the way of love

Joy in a hard year

This Sunday is Gaudete Sunday – the third Sunday in Advent, with the theme – joy. We get to light our pink candle! And we are invited to ask, where is joy? In this Covid world after this hard year it is a chance to stop and wonder, what brings us joy? How does God bring joy into this world through you? A couple of years ago I talked about some research by Sonja Lyubomirsky quoted in “The Book of Joy - Lasting Happiness in a Changing World” by Dalai Lama, Desmond Tutu and Douglas Abrams. Using this research, they talked about the three ways of being joyful as; the ability to reframe a situation positively; the ability to experience gratitude; and the voice to be kind or generous. Advent is a time when we nurture the seeds of love, hope, joy, and peace that God plants within each of us. It is a time to feed the soil of our soul and allow these seeds to root and grow in our lives. It is surprising how often these three ways of nurturing joy keep coming up from the spiritual traditions
Read more

Created by Annette Cater This has been a tough year, a wilderness year. For some wilderness is a place of fear and death; for some peace and stillness; for others where you go to discover God anew, to know again who we are in God and what is ours to do. Whatever our experience or understanding of wilderness, some good news would be welcome. The writers of Second Isaiah (Isaiah 40-66) offered good news to those who lived in the wilderness in exile. Jerusalem and her temple were gone. They were forsaken by God. But here was good news. What good news for us do we hear in these words? A number of commentators suggest an alternative understanding of the first line of Mark. It is the title, not the first sentence. The whole of Mark is the beginning of THE Good News. Good News shaped by Isaiah. Good News lived by Jesus. We are part of that ongoing Good News. It has been hard to hang on to that this year. We feel like the grass that withers, or those flowers that fade. The world is in chao
Read more